Doug Williams net worth: Doug Williams is an American former professional football player and coach who has a net worth of $10 million dollars. Doug Williams was born in Zachary, Louisiana, and went on to attend Grambling State University. He was drafted by the Tampa Bay Buccaneers in 1978, and was such an asset to the team, that they went all the way to the playoffs three times, during his time with them.

They had never reached the playoffs before. In 1979, they made it all the way to the NFC Championships. When Doug Williams signed with the team, he was the only African-American NFL starting quarterback. The Buccaneers paid him only $120,000 per year, the lowest salary of any quarterback in the league. There were 12 backup quarterbacks who had higher salaries, in fact. He finally asked for more money, but the Buccaneers owner Hugh Culverhouse refused to bring his pay up to the level of other NFL quarterbacks. Doug Williams left the NFL and went on to play for the United States Football League from 1984 to 1985, appearing with the Oklahoma Outlaws, who later became the Arizona Outlaws. In 1986, he returned to the NFL, signing with the Washington Redskins. He led the Redskins to Super Bowl XXII, and was named Super Bowl MVP. He retired in 1989, and has embarked on a relatively successful coaching career. He was recently let go from his position as Head Coach at Grambling State University. 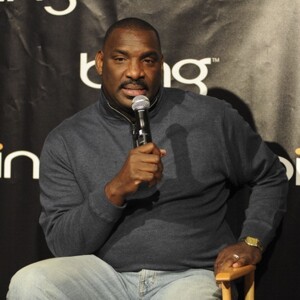