What is Doug Flutie's Net Worth and Career Earnings?

Doug Flutie is a retired American professional football player who has a net worth of $10 million. After grabbing the sports world's attention during his college career, Doug eventually established himself in the NFL and USFL with teams like the Los Angeles Rams, the New Jersey Generals, the Chicago Bears, and the New England Patriots.

After years in the NFL, Flutie moved to the Canadian Football League and played for the BC Lions. After playing for the Calgary Stampeders and the Toronto Argonauts, Doug returned to the NFL to end his career with the Buffalo Bills, the San Diego Chargers, and the New England Patriots once again. His 20-year career came to an end in 2006.

Although Flutie certainly had an incredible professional career, he will be largely remembered for one particular play during this college days. Known among football fans simply as "The Pass," Doug threw the "Hail Flutie" touchdown pass in a legendary game against Miami. He won numerous awards while playing for Boston College, including the coveted Heisman Trophy.

After retiring from football, Doug Flutie became an analyst for ESPN and NBC, mostly covering college football games. In 2011, he started focusing more on work with NBC. In 2014, he became the color commentator for Notre Dame with NBC.

Douglas Richard Flutie was born on October 23rd of 1962 in Manchester, Maryland. Flutie has Lebanese heritage through his paternal great-grandparents, who were immigrants to the United States. At the age of six, he relocated with his family to Melbourne Beach, Florida, with his father taking a job as an aerospace engineer. Doug grew up with his younger brother Darren, who also became a successful football player.

During Doug's high school years, his athletic potential became immediately clear. He led his team to two Brevard County Championships before his family relocated back to Natick, Massachusetts in 1976. Back in Natick, Flutie once again proved to be an influential figure in his school's football team. He also played football, basketball, and baseball.

Flutie played college football for Boston College – the only school that seemed interested in recruiting him. For three years during the early 80s, Flutie became a legendary figure with the team, winning the Heisman Trophy, the Maxwell Award, and the Davey O'Brien National Quarterback Award. His big moment came against the Miami Hurricanes in 1984, when he threw the game-winning pass with just six seconds on the clock.

Although Flutie had reached widespread fame as a result of his "Hail Flutie" pass, observers questioned whether Doug's relatively small size made him suitable for professional football. The USFL immediately snapped him up, as the league was in dire need of a big-name star. He played for the New Jersey Generals, signing a deal that made him the highest-paid pro footballer and the highest-paid rookie of any sport.

In 1986, he joined the NFL with the Chicago Bears after a slightly unimpressive display in the USFL (which folded shortly after he joined). He then played for the New England Patriots for many years before leaving for the CFL. Doug then spent eight years in the CFL, establishing himself as one of the greatest players to ever grace the league. He won a number of honors in the CFL, including numerous Grey Cups, 270 touchdowns, and well over 40,000 passing yards.

Flutie then ended his career back in the NFL, playing for the Buffalo Bills, proving his worth with a number of stellar performances. In 2001, he began a four-year stint with the San Diego Chargers. In 2005, he returned to the New England Patriots, becoming the backup for Tom Brady. He ended his career with a successful drop-kick point against the Miami Dolphins, something that had not been done since 1941. Numerous observers claimed that it was a "retirement present" for Doug. 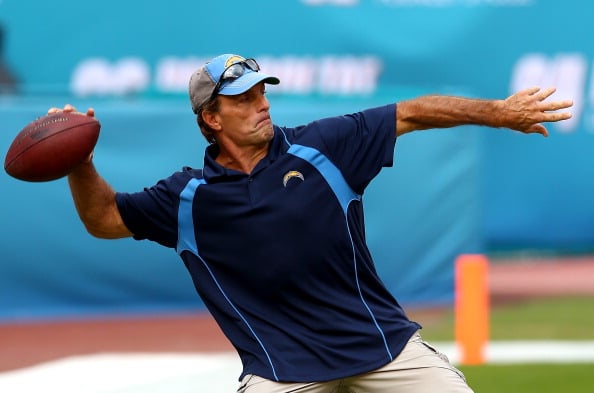 Doug once created a cereal called Flutie Flakes, with the proceeds going towards Autism charities. In 2018, Flutie announced that he was partnering with Spear Interactive to release a new football video game. Entitled "Doug Flutie's Maximum Football Game," the game was released in 2019.

Doug married his high school sweetheart, Laurie. The couple has had two children together over the years.

Their son Doug Jr. has autism. His parents founded The Doug Flutie Jr. Foundation for Autism, Inc., in his honor. Doug created a cereal brand called "Flutie Flakes" to raise money for Autism. The brand would go on to sell millions of boxes of cereal.

In 1985, Flutie made his pro football debut with the New Jersey Generals, signing a three-year deal worth $3.1 million. After leaving the NFL for the CFL, Doug signed a very lucrative deal with BC Lions worth $350,000 per season- making him the highest player in CFL.

In 2007, it was reported that Doug Flutie had purchased a $2.1-million home in Melbourne Beach, Florida. The five-bedroom home is situated not far from where he grew up as a child, and it was built in 2003. A 60-mile drive from Orlando, the residence comes complete with a pool, Jacuzzi, and spectacular views of the surrounding oceans and rivers. Somewhat eccentrically, the property is known by locals as the "pineapple house," largely because of the prevalence of pineapple-related imagery throughout the residence. For example, the driveway has a tile mosaic that is shaped like a pineapple.

In 2013, it was reported that Flutie was selling him property in Natick, Massachusetts. The residence boasts six bedrooms, and it spans 7,233 square feet of living space. Situated at the end of a cul-de-sac, the residence also features amenities like a heated pool, a basketball court, and an expansive basement complete with a pool table and exercise room. He had initially purchased the raw land in 1994 for a price of $212,000, which spans 1.4 acres. Although the home was assessed at $1.5 million, Flutie listed it for $1.7 million – a considerable profit on his initial investment all those years ago. He apparently didn't need this residence anymore, since he and his family had relocated to his new home in Florida. 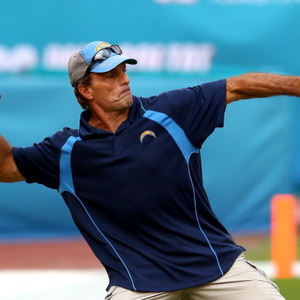