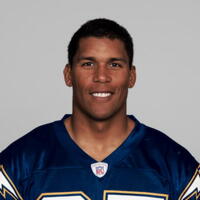 Donnie Edwards Net Worth: Donnie Edwards is a former American professional football player who has a net worth of $8 million. He is also notable for being married to "Real Housewives of Beverly Hills" cast mate Kathryn Edwards.

Born in 1973 in San Diego, California, Donnie Edwards played college football as a linebacker at UCLA. The Kansas City Chiefs drafted Edwards with the 98th overall pick during the fourth round of the 1996 NFL Draft. He played for the Chiefs until 2001 when he landed a free agent deal with the San Diego Chargers. Edward played with his hometown team until he became a free agent again following the 2006 season and opted to re-sign with the Chiefs. The six-foot-three, 225-pound linebacker went to his first and only career Pro Bowl in 2002. He is a two-time All-Pro in 2002 and 2004 and earned NFL Alumni Linebacker of the Year honors in 2004. He is a member of the 20/20 club. Edwards finished his career with 1,000 tackles, 23.5 quarterback sacks, and 28 interceptions. At the time of his 2009 retirement, Edwards was one of eight other players who had more than 20 picks and 20 sacks in his career. In his post-football life, Edwards works with charitable organizations, including The Greatest Generations Foundation, which works to recognize and honor U.S. military veterans.