Donald Driver Net Worth and salary: Donald Driver is a retired American professional football player who has a net worth of $16 million dollars. Born February 2, 1974 in Houston, Texas, Donald Driver is best known as a wide receiver for the Green Bay Packers (1999-2012). Since leaving the Packers, Driver has become a bestselling author and was a Season 14 (2012) Dancing with the Stars champion along with professional dance partner Peta Murgatroyd.

Driver is the author of three children's books: Quickie Handles a Loss, Quickie Makes the Team and Quickie Goes to the Big Game. The books are based on Driver's bedtime storytelling to his three children. He explains that "Quickie" is a nickname his mother gave to him because she would have to chase him around the house and could never catch him. In 2013, Driver released his official memoir, Driven, which held many personal stories about his childhood and his career with the Green Bay Packers which had never before been shared with the public. 'Driven' made the New York Times Bestsellers list. On February 28, 2012, downtown Green Bay, Wisconsin named renamed the street Pearl Street 'Donald Driver Way' and erected a statue in his honor.
Donald Driver Salary
What is Donald Driver's salary? $6.1 million 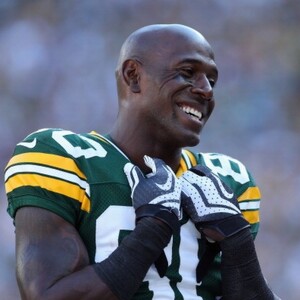