Dick Butkus Net Worth: Dick Butkus is a retired American football player for the Chicago Bears who has a net worth of $8 million. Dick Butkus is known for being one of the most durable and skilled linebackers in NFL history. Dick Butkus was born on December 9, 1942 in Chicago, Illinois and grew up on Chicago's South Side where he played high school football at Chicago Vocational High School.

Butkus played center and linebacker from 1962 through 1964 at the University of Illinois. He was twice a unanimous All-American, won the Chicago Tribune Silver Football in 1963 as the Big Ten's Most Valuable Player, and was named the American Football Coaches Association Player of the Year in 1964. Butkus was drafted third overall in the first round of the 1965 NFL Draft by the Chicago Bears. He played his entire professional career with the Chicago Bears and is widely regarded as one of the best and most durable linebackers of all time. He became a member of the Pro Football Hall of Fame in 1979. He played nine seasons in the NFL for the Chicago Bears. While he played, he was one of the most feared and intimidating linebackers of his time, and was named the most feared tackler of all time by NFL.com in 2009. Butkus was selected to eight Pro Bowls and was all-league six times. Post NFL career, he has become a well known celebrity endorser, broadcaster, and actor and has appeared in many movies. 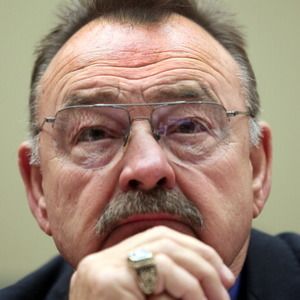