Dhani Jones Net Worth: Dhani Jones is a former American professional football player who has a net worth of $4 million dollars. Born in San Diego, California on February 22, 1978, Jones is known for playing as a linebacker for eleven years in the National Football League. He played college football for the Michigan Wolverines and was drafted as the 177th Round 6 pick to the New York Giants in 2000.

He played for the New York Giants from 2000 to 2003, the Philadelphia Eagles from 2004 to 2005, the New Orleans Saints in 2007, and the Cincinnati Bengals from 2007 to 2010. He is a three-time All-Big Ten honors player from the years 1997 to 1999, as well as two-time NFC champion for the years 2000 and 2004. Jones has also appeared on the Travel Channel's series Dhani Tackles the Globe and owns the Bow Tie Café in Cincinnati. Furthermore, he is the founding partner of VMG, which is a creative agency based in New York with clients such as Michael Kors, Capital One, and Estee Lauder. Jones has also founded a company that sells high-end bow ties. 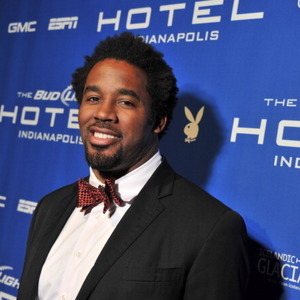