DeWayne Robertson Net Worth: DeWayne Robertson is a former American professional football player who has a net worth of $12 million. Born in 1981 in Memphis, Tennessee, DeWayne Robertson played defensive tackle in the NFL. He spent his college days at the University of Kentucky before deciding to enter the draft after his junior season.

The New York Jets chose him with the fourth overall pick of the first round during the 2003 NFL Draft. He made his debut later that year and was the first defensive rookie to start in all of the team's games since Mo Lewis did it in 1991. Robertson played with the Jets through the 2007 season, and he later played for the Denver Broncos in 2008 as the result of a trade between the Jets and Broncos. Robertson landed a five-year deal with the Broncos for an estimated $24 million, though he only played one season with the team before he was cut. Robertson's career honors include earning Freshman All-SEC honors in 2000 and second-team All-SEC honors two years later while with the Wildcats. He finished his career with 278 tackles, 16 sacks, no interceptions, and three forced fumbles. Robertson appeared in 92 career games; he started 92 of them. 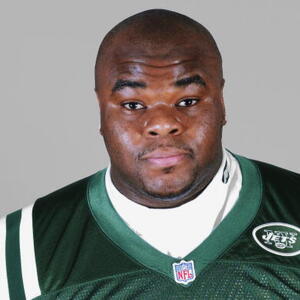