Devonta Freeman net worth: Devonta Freeman is an American professional football player who has a net worth of $16 million. He is best known for being a running back for the Atlanta Falcons.

Devonta Freeman was born in Baxley, Georgia in March 1992. He is a running back who played at Miami Central High School. Freeman played his college football for Florida State where he was a two time ACC champion. In 2013 he won the BCS national championship and was named first-team All-ACC. Devonta Freeman was drafted #103 overall by the Atlanta Falcons in the 2014 NFL Draft. In 2015 he was a second-team All-Pro and the NFL rushing touchdowns leader. Freeman was selected to the Pro Bowl in 2015 and 2016. In 2017 he signed a five year deal with Atlanta for $41.25 million. During his first six NFL seasons he had 32 rushing touchdowns and 3,972 rushing yards. 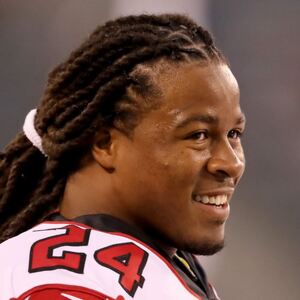