Devon Still net worth: Devon Still is an American professional football player who has a net worth of $3 million. Devon Still was born in Camden, New Jersey in July 1989. He is a defensive tackle who was named Delaware Lineman of the Year at Howard High School of Technology. Still played his college football at Pennsylvania State University where he was a Big Ten Championship in 2008. In 2011 he was a Consensus All-American, First-team All-Big Ten, Big Ten Defensive Player of the Year, and Big Ten Defensive Lineman of the Year. Still was drafted #53 by the Cincinnati Bengals in the 2012 NFL Draft and has played for the Bengals his entire career. Devon's daughter Leah Sari was diagnosed with Neuroblastoma stage 4 cancer in 2014. She inspired the "Leahstrong" movement in the NFL and helped to raise money for her. In March 2015 it was announced that Leah was cancer free and in July 2015 Devon and Leah Still were presented with the Jimmy V Award at the ESPY Awards. Still's cousins Art Still and Levon Kirkland have played in the NFL as well. 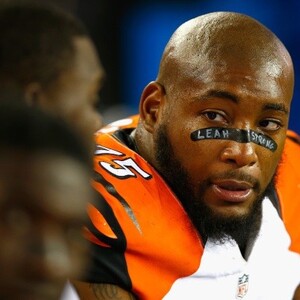