Devin Hester Net Worth and salary: Devin Hester is an American football player who has a net worth of $3 million. Born on November 4, 1982 in Riviera Beach, Florida, he was only a toddler when his parents were taken away from him. His mother had a fatal car accident and his father died of cancer.

Raised by his step-father Derrick Brown and brother Lenorris Jr., he had a melancholic childhood as he often battled depression. Once he got introduced with football, he realized it was both his cure and passion. In his beginnings, Hester was a keen follower of the Dallas Cowboys. He got his initial recognition from SuperPrep.com as they named him the best high school player in Florida and Parade and included him in their All-American team. Next, he participated in the 2002 CaliFlorida Bowl, during which he returned a remarkable kick covering 80-yard touchdown. His teammates called him "Sugar Foot". Devin Hester first tasted national stardom while he was attending the University of Miami. There, he was welcomed to the "Walter Camp All-America Team" and established himself as a remarkable kick returner. At one point, he even managed to return a kick for a 98-yard touchdown against University of Florida. Hester turned pro with the Chicago Bears in 2006, after which he recorded six record touchdowns in thirteen weeks. Throughout his professional career, he continued to distinguish himself as a kick returner, as well as he set a record for most return touchdowns. After spending seven years with the Bears, he inked a three-year contract with the Atlanta Falcons on March 20, 2014. 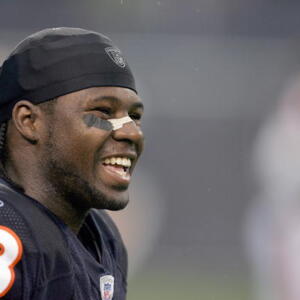