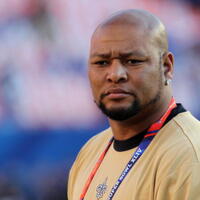 What is Deuce McAllister's Net Worth?

Deuce McAllister is a retired American football player who has a net worth of $150 thousand. Unfortunately, Deuce McAllister is one of many athletes who have gone broke in retirement. Deuce lost millions of dollars with several businesses, most notably a Nissan dealership in Mississippi.

Dulymus Jenod "Deuce" McAllister was born on December 27, 1978, in Ludlow, Mississippi. He grew up a fan of football and went on to play for the University of Mississippi where he had a record-breaking career for the Rebels. McAllister became the only player in Ole Miss history to produce three seasons with at least 1,000 all-purpose yards. He finished his college career with the record for yards (3,060), carries (616), rushing touchdowns (36), total touchdowns (41), and 100-yard games (13) for the school. Deuce McAliister was Second-team All-SEC in 1998 and First-team All-SEC in 1999.

Deuce McAllister was drafted by the New Orleans Saints 23rd overall in the first round of the 2001 NFL Draft. He became the team's starting running back after the team traded Ricky Williams. He went on to become the team's all-time leading rusher and was a two-time Pro Bowl selection and a two-time All-Pro Selection. But knee problems would slow him down starting in 2005, and after ACL tears in both knees, it became apparent that Deuce would need some down time. In 2009, salary cap issues resulted in his being released from the Saints. He returned to the Saints' lineup for one week in early 2010 but did not play in any games and chose to retire after the playoffs. The Saints went on to win SuperBowl XLIV that year. Although he did not play, McAllister was on the roster when they defeated the Colts and was given a championship ring. Deuce finished his NFL career with 6,096 total rushing yards for an average of 4.3 per carry and 49 rushing touchdowns. Deuce McAllister was elected into the New Orleans Saints Hall of Fame. 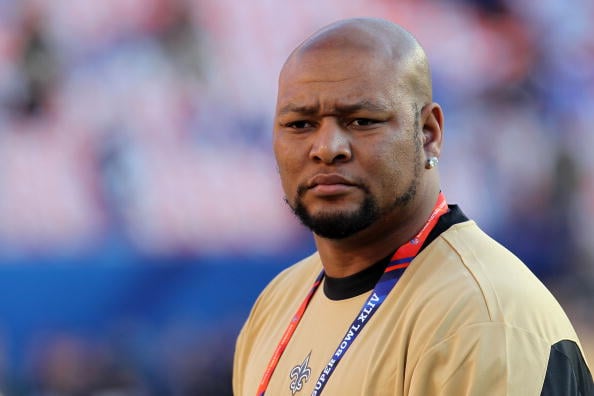 Deuce McAllister was sued by Nissan Finance in 2009 when Deuce McAllister Nissan, his car dealership in Jackson, Mississippi, filed for Chapter 11 bankruptcy. They alleged his dealership defaulted on its payments. McAllister's Louisiana home was auctioned off shortly after. A settlement was ordered by a judge in 2012, but in 2013, Nissan sued again claiming the settlement had not been paid.

Deuce McAllister joined the St. Martin's Episcopal School as an athletic consultant in 2017. And in 2018, McAllister became a Saints analyst for New Orleans's Fox affiliate WVUE-TV to go along with his WWL Radio job. He owns and operates the Ole Saint restaurant and sports bar chain and runs the Catch 22 Foundation that helps under-privileged youth in the Gulf South Region.