Desmond Howard net worth and salary: Desmond Howard is an American football player who has a net worth of $14 million. Desmond Howard earned his net worth as a wide receiver, punt returner and kickoff returner. During his impressive career, Howard was voted the most valuable player of Super Bowl XXXI and was ranked 9th Greatest Return Specialist in NFL History. He retired from the game in 2002. When Howard was a high school student, he earned an All-American and All-state honours as a tailback and by the time he attended University of Michigan, he led the Big Ten Conference, winning string of awards. In addition to his achievement, Howard graduated with a degree in communications in 1992 and has earned his place in the College Football Hall of Fame this year (2011).

After college, Washington Redskins poached Howard to take part in the 1992 NFL Draft. Howard's performance as a punt and kickoff returner was duly noted through his career. In 1995, Howard then joined the Jacksonville Jaguars for only one season, producing lukewarm results. Howard's next move to Green Bay Packer was in 1996, arguably, at the height of his profession. His outstanding performance produced recording-breaking results, surpassing the old records set by Fulton Walker in 1985. His performance also led the Packers to the Super Bowl XXXI. For his performance in Super Bowl XXXI Howard won the Super Bowl MVP award, making him the first ever (and only) player to receive such a prestigious award on a special team.

After his time with the Packers, Howard was a free agent and used his status to secure a very lucrative deal with the Oakland Raiders, but only stay for one season before returning to the Packers in 1999. Howard's time as a Packers player was also short-lived. At the turn century, Howard joined the Detroit Lions, where he remained until his retirement in 2002. Howard is now a college football analyst for ESPN and is also a commentator for Detroit Lions Television Network. 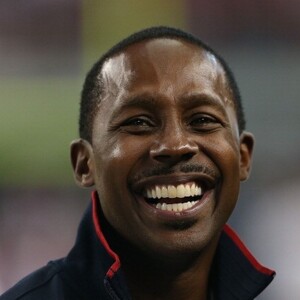