DeSean Jackson net worth: DeSean Jackson is an American professional football player who has a net worth of $40 million dollars. DeSean Jackson was born in Los Angeles, California, and first distinguished himself as an athlete while in high school. He was named the Glenn Davis Award winner in 2004 by the Los Angeles Times, and was widely considered to be one of the top football recruits in the United States. He went on to attend the University of California, Berkeley on a scholarship and excelled during his three seasons at the school. After his junior year, he chose to join the NFL draft, and was selected by the Philadelphia Eagles. He played very well for the Eagles from 2008 through 2013, including his history making game-winning punt return against the New York Giants in 2010. However, his contentious relationship with the Eagles coaching staff led to his release in March of 2014. He signed with the Washington Redskins in April of 2014 and has gone on to play for the Tampa Bay Bucs, Philadelphia Eagles, LA Rams and Las Vegas Raiders. 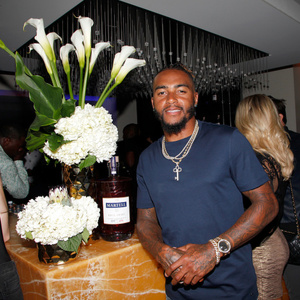