Derrick Morgan net worth: Derrick Morgan is an American former professional football player who has a net worth of $16 million. Derrick Morgan was born in Lancaster, Pennsylvania in January 1989. He was an outside linebacker who played at Coatesville Area High School where he was named league Defensive Player of the Year and also played running back.

Morgan played his college football at Georgia Tech where he won the ACC Championship, was named ACC Defensive Player of the Year, was a consensus All-American, and was first-team All-ACC in 2009. He was drafted #16 overall in the 2010 NFL Draft by the Tennessee Titans and played his entire career for Tennessee from 2010 to 2016. Derrick Morgan finished his NFL career with 305 tackles, 44.5 sacks, five forced fumbles, four fumble recoveries, and 26 pass deflections. He signed a four year deal for $30 million in 2015. He is a medical cannabis advocate and a vegan who is a brand ambassador for Beyond Meat. 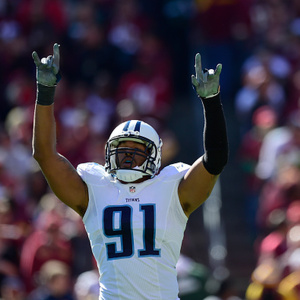