How much is Dennis Pitta Worth?

Dennis Pitta Net Worth: Dennis Pitta is an American professional football player at the tight end position for the NFL's Baltimore Ravens who has a net worth of $8 million. Dennis Pitta was born in Fresno, California in 1985. His father was a former middle linebacker in college for California. Dennis Pitta attended Moorpark High School in Moorpark, California where he lettered in football, basketball, and track. At 6′ 4″, Pitta played wide receiver and cornerback as his large size made him hard to cover. Dennis Pitta received interest from Dartmouth, Navy, Oklahoma State, Oregon, Utah, and Yale but did not receive a scholarship offer from an FBS/Divison I school. Dennis Pitta enrolled at Brigham Young University where he was a walk-on to the BYU Cougars football team as a wide receiver. BYU head coach Gary Crowton moved Pitta to tight end, where he excelled and was soon offered a scholarship.Pitta is a member of The Church of Jesus Christ of Latter-day Saints and participated in a Mormonmission that caused a two-year hiatus in his college football career.[ At BYU, Pitta earned All-American honors in 2009 as well as first-team All-Mountain West Conference in 2007, 2008, and 2009. Dennis Pitta was selected in the fourth round of the 2010 NFL Draft by the Baltimore Ravens with the 114th overall pick. He was a member of the 2012 AFC Champions and Super Bowl XLVII Champions. 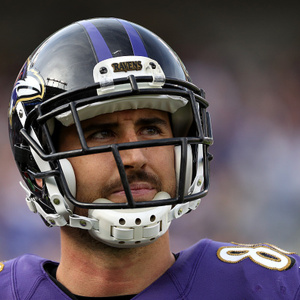