Ware played college football for Troy University, where he was a two-time All-Sun Belt Conference selection for the Troy Trojans football team. As a senior he was the Sun Belt Defensive Player of the Year, and was a finalist for the Hendricks Award, which is given annually to the top defensive end in college football. In 2004, he led his team to its first-ever bowl appearance. Ware was selected with the 11th pick in the first rounds of the 2005 NFL Draft by the Dallas Cowboys. He has been selected to seven Pro Bowls and has led the NFL in sacks twice. After nine seasons with the Cowboys, Ware was released on March 11, 2014. One day following his release from the Cowboys, Ware signed a three-year, $30 million contract with the Denver Broncos. Ware graduated from Troy with a degree in business information systems, becoming the first member of his family to graduate from college. 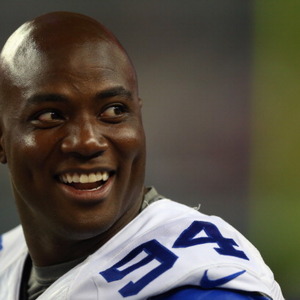