DeMarco Murray net worth: DeMarco Murray is a retired American professional football player who has a net worth of $16 million. DeMarco Murray was born in Las Vegas, Nevada in February 1988. Murray is a running back who played at Bishop Gorman High School where he was named 2005 Sunset Region Offensive Player of the Year. He played his college football for the University of Oklahoma where he holds records for being Oklahoma's All-Team leader in touchdowns, all-purpose yards, receiving yards for a running back, and kickoff return average. Murray was drafted #71 by the Dallas Cowboys in the 2011 NFL Draft. He signed a four year deal worth $2.97 million and has played for the Cowboys his entire NFL career. Murray was an NFL Offensive Rookie of the Month and Pepsi NFL Rookie of the Week. He made the Pro Bowl in 2013 and 2014 and was a First-team All-Pro in 2014. In 2014 he was the NFL rushing leader and NFL rushing touchdowns co-leader as well as the PFWA NFL Offensive Player of the Year. Murray set an NFL record for eight straight 100 plus rushing yard games to begin a season. He also set Cowboys records for most games with 100 plus rushing yards in a season and for single-season rushing yards.

DeMarco earned roughly $28 million during his 7-year NFL career. His largest contract was a 4-year $25 million deal with the Tennessee Titans that came with $12.5 million guaranteed. 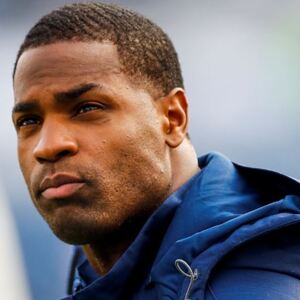