What is Deion Sanders' net worth salary and career earnings?

Deion Sanders is a retired American professional football and baseball player who has a net worth of $40 million. He is considered one of the most gifted athletes of all time and one of the very few who excelled in two professional sports at the same time. He's the only person in history to play in both a World Series and a Super Bowl.

Between NFL and MLB salaries, Deion earned just under $60 million in contract money alone. That's the same as around $93 million after adjusting for inflation. He also earned tens of millions more from endorsements.

Deion Luwynn Sanders Sr. was born on August 9, 1967, in Fort Myers, Florida. He was a letterman and all-state honoree in football, basketball, and baseball when he attended North Fort Myers High School. Deion was named to the Florida High School Association All-Century team in 1985, which consists of the top 33 players in the 100-year history of high school football in Florida. That same year, the Kansas City Royals selected him for the Major League Baseball draft, but he declined. 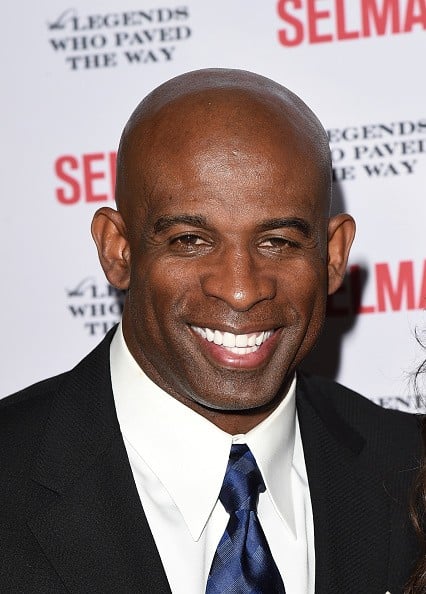 Deion Sanders, who went by the nicknames "Prime Time" and "Neon Deion," is one of a very few professional athletes who succeeded in two different major sports leagues. In fact, Deion Sanders is one of the most versatile athletes in sporting history. He played football for Florida State University and was recognized as a two-time All-American champion. Deion played basketball and ran track as well during his college years. During the fall semester of his senior year at Florida State, Sanders did not attend any classes or take any final exams, but he was allowed to play in the Sugar Bowl. This forced the school Legislature to create "the Deion Sanders rule," which states that an athlete at any state school could not participate in a bowl game without successfully completing the previous semester.

Sanders played professional baseball part-time for nine years. He signed with the Yankees in July 1988 but left to attend NFL training camp instead. He made his major league baseball debut on May 31, 1989. Three days after inking a $4.4 million deal, Dion ran his first punt for a score, making him the only athlete ever to both score a touchdown and hit a home run in the same week.  Over his near-decade of playing, Deion played on a number of teams; he played first with the New York Yankees until he was released after just one season. He experienced a bit more success with the Atlanta Braves, then went on to play with the Cincinnati Reds in 1997, and later with the San Francisco Giants.

Although he was an elite football player, his time on the baseball diamond was difficult. His personality clashed with the game's more conservative approach, and he was often getting in fights on the field and on-camera. He made one World Series appearance with the Braves in 1992 (which was his best year for both sports) and was the only individual to ever appear in both a Super Bowl and a World Series. He retired from baseball in 2001. 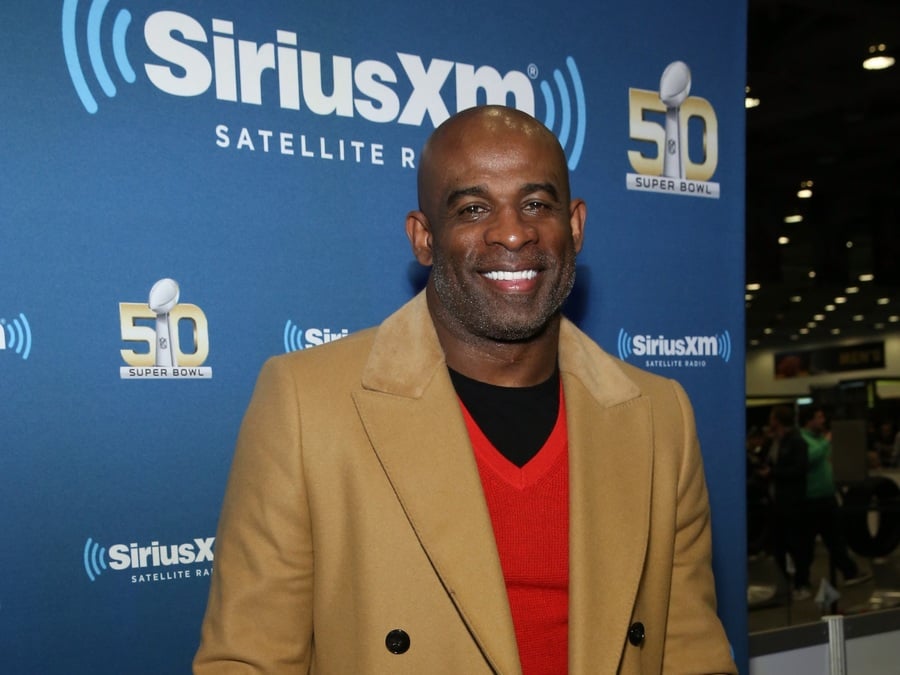 During his career, Deion appeared in many commercials for dozens of major brands like Nike, Pepsi, Burger King, American Express and Pizza Hut. In 1989, Sanders released his autobiography: "Power, Money, & Sex: How Success Almost Ruined My Life." He also released a rap album called "Prime Time" in 1994 on Bust It Records, MC Hammer's label, and appeared in Hammer's "Too Legit to Quit" music video. Sanders made several cameo appearances in television shows and movies.

In 1995, after his first Super Bowl win, he hosted Saturday Night Live. Also in 1995, Sanders became the spokesman of Sega Sports video games. In 2002, he hosted the Miss USA pageant. He starred on reality show Deion & Pilar: Prime Time Love in 2008 as it centered around them and their five children when they lived in Prosper, Texas. That same year, Sanders competed against Bruce (now Caitlyn) and Kris Jenner, Kim, Kourtney, and Khloe Kardashian on Celebrity Family Feud.

He also works as a volunteer football coach at his sons' school, Trinity Christian School Cedar Hill. In 2012, Sanders founded the Prime Prep Academy Charter School, however, the school closed due to financial and legal reasons in 2015. From 2014-2015, he starred in Deion's Family Playbook, a reality show on the Oprah network about his family life. After his retirement from both sports, he began to work as a studio analyst for both the NFL Network on Sundays and CBS sports on Thursday games only.

Sanders was married to Carolyn Chambers from 1989-1998. The pair had two children. He was married to Pilar Biggers-Sanders from 1999-2013. Their divorce was complicated and messy and drew much attention from the media. They have three children. Sanders began a relationship with Tracey Edmonds in 2012.

In 2005, Sanders challenged all pro athletes from all four major sports to donate $1,000 to Hurricane Katrina relief efforts, with the goal to raise between $1.5 and $3 million.

In February 2011 Deion listed two of his Dallas-area homes for sale. One was listed for $7.5 million and the other for a whopping $21 million. The $21 million mansion is 30,000 square feet and has 8 bedrooms, a ten-car garage, a movie theater, a bowling alley, a basketball court, a twelve-acre lake, and more. 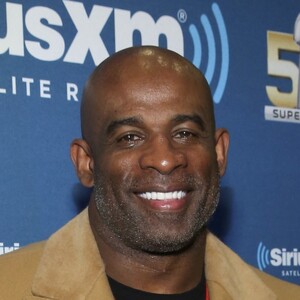