Deion Branch Net Worth: Deion Branch is an American professional football player who has a net worth of $15 million. Born in Albany, Georgia, in 1979, Deion Branch played wide receiver for the University of Louisville Cardinals, where he earned two-time first-team All-Conference USA honors in 2000 and 2001. The New England Patriots chose Branch with the 65th overall pick during the second round of the 2002 NFL Draft; he went on to play for New England until his 2006 trade to the Seattle Seahawks after a lengthy, contentious, and public holdout. Branch played in Seattle until 2010 when he returned to the Patriots via a second trade until 2012. The club eventually waived him. He signed a contract with the Indianapolis Colts in early 2014; though Branch is not on an active roster as of the fall of 2014, he has not retired from professional football and remains a free agent. Branch is a three-time AFC Champion (2003, 2004, and 2011) and won two Super Bowls while playing in New England: Super Bowl XXXVIII and Super Bowl XXXIX. He was named the MVP of Super Bowl XXIX. As of 2013, Branch has amassed 518 career receptions to go along with 6,644 receiving yards and 39 receiving touchdowns. 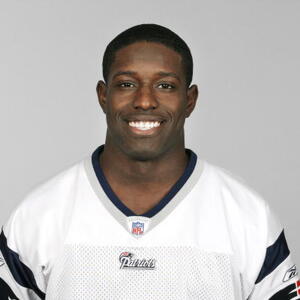