DeAndre Hopkins net worth: DeAndre Hopkins is an American professional football player who has a net worth of $40 million. He is best known for being a wide receiver for the NFL's Houston Texans.

On September 8, 2020 it was revealed that DeAndre had signed a two-year $54.5 million contract with the Arizona Cardinals. At the time of signing, the contract made DeAndre the highest-paid non-quarterback in NFL history. The deal included $42.75 million in guaranteed money. 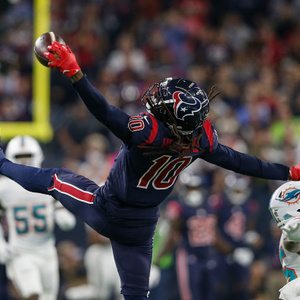