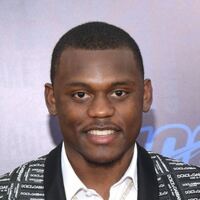 Deandre Baker net worth: Deandre Baker is an American professional football player who has a net worth of $1 million. He is best known for his career for the Georgia Bulldogs.

Deandre Baker was born in Miami, Florida in September 1997. He is a cornerback who played at Miami Northwestern High School. Baker played college football for the University of Georgia. While at Georgia he won the SEC Championship in 2017. Deandre Baker had 83 solo tackles, one sack, and seven interceptions during his time at Georgia. Deandre Baker was a consensus All-American and wont the Jim Thorpe Award in 2018. He was drafted #30 overall by the New York Giants in the 2019 NFL Draft. During the 2019 NFL season he had 61 total tackles and eight pass deflections.

Arrest and Release: After being drafted in the first round, Deandre signed a four-year $10.52 million contract with the Giants that came with a $5.675 million signing bonus and a total of $9 million guaranteed. Baker was arrested in May 2020 under charged of armed robbery and aggravated assault with a firearm. According to the arrest warrant affidavit, Deandre allegedly stole $12,800 in cash, an $18,000 Rolex, a $25,000 watch and a $17,500 Audemars Piguet watch while attending a party in Miramar, Florida. During an argument at the party, Deandre allegedly flipped a table and then pointed a semi-automatic firearm at a party guest. In the wake of these charges he was released by the Giants.