D'Brickashaw Ferguson net worth and salary: D'Brickashaw Ferguson is a retired American professional football player who has a net worth of $30 million. D'Brickashaw Ferguson was born in New York, New York in December 1983. He is an offensive tackle who almost gave up football his freshman year at Freeport High School. Ferguson played for the University of Virginia and was a first-team All-American in 2005. He was drafted #4 for the New York Jets in the 2006 NFL draft and his played his entire career for the Jets.

Contracts and Career Earnings: During 10 NFL seasons D'Brickashaw Ferguson earned $72 million in salary. His first contract, signed in 2006 was a six-year $37.5 million deal. In 2010 he signed a six-year $60 million deal that paid an average annual salary of $10 million. 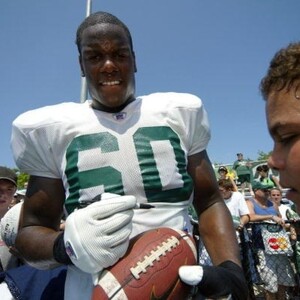