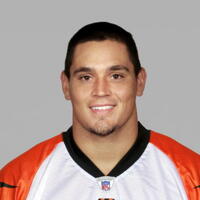 David Pollack Net Worth: David Pollack is a former American football player who has a net worth of $500 thousand. Born David M. Pollack on June 19, 1982, in New Brunswick, New Jersey, he has played for just over one season in the National Football League (NFL), being forced to retire prematurely due to an injury. The first time Pollack displayed his football skills was at the University of Georgia, where he was a three-time All-American and was recognized as the top college defensive player in the nation. After his illustrious collage career (having made 36 sacks, which is third most in NCAA history), Pollack was a first-round pick in the 2005 NFL Draft and played professionally for the NFL's Cincinnati Bengals. He officially retired on April 22, 2008 after he suffered a career-ending injury the previous year. Subsequently, he tried his hand at various fields, he even set up his own company, FanBan, which manufactures sports banners that feature sports photographs and college football team logos. Married with one child, David Pollack currently resides in Georgia with his family.