David Nelson net worth: David Nelson is an American professional football player who has a net worth of $2 million. David Nelson was born in Dallas, Texas in November 1986. Nelson is a wide receiver who won the 2002 Texas 1A State Championship in high school. He was team captain as a senior and had 91 receptions for 18 touchdowns.

He attended the University of Florida on an athletic scholarship. At Florida Nelson was a two time BCS National Champion and a two time SEC Champion. David caught Tim Tebow's jump pass in the 2009 NBCS National Championship Game to win the title. Nelson went undrafted in 2010 but was signed by the Buffalo Bills. He made his NFL debut for the Bills in October 2010. He became an unrestricted free agent after the 2012 season and signed with the Cleveland Browns in 2013. He was later cut by the Browns and signed by the New York Jets. Nelson visited Haiti in 2012 and he and his brother started a faith-based foundation called I'm Me. They created an orphanage with the intention of adopting nine Haitian children. 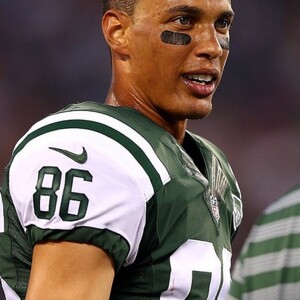