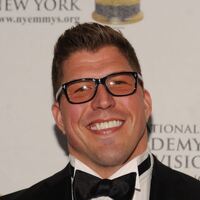 David Diehl Net Worth: David Diehl is an American retired professional football player who has a net worth of $15 million. David Diehl was born in Chicago, Illinois in September 1980. David played football as well as wrestled and was on the track team at Brother Rice High School. He played college ball at the University of Illinois at Urbana-Champaign. As an offensive lineman Diehl played guard and tackle. He was selected to the second team All-Big Ten Conference and won the Wright Commitment to Excellence Award. Diehl was drafted by the New York Giants at #160 in the 2003 NFL Draft. He played his entire career for the Giants and won two Super Bowl Championship and two NFC Championships in 2007 and 2011. In 2008 Diehl was named a Second-team All-Pro, and in 2009 he made it to the Pro Bowl. In 2008 he signed a six year deal with the Giants worth $31 million. The Giants announced that he would have surgery on his right thumb in August 2013. In January 2014 Diehl announced that he would be retiring after playing 11 seasons for the Giants. In August 2014 David became part of the Fox NFL team as a color analyst. He received the Wellington Mara NFL Man of the Year Award in 2012.