David Carr Net Worth: David Carr is an American football player who has a net worth of $19 Million. Born David Duke Carr on July 21, 1979, in Bakersfield, California, he has served as a quarterback in the National Football League (NFL) and now is a free agent. Carr started his football career back in college playing as the starting quarterback at Fresno State.

Throughout his tenure there, he completed 587 of 934 passes for 7,849 yards. He turned pro after he was drafted first overall by the Houston Texans in the 2002 NFL Draft. He has since enjoyed a prolific NFL career playing for the Carolina Panthers, New York Giants and San Francisco 49ers. Out of the accolades he received, the most notable is the Super Bowl ring that he won after the 2011 season after the Giants beat the New England Patriots in Super Bowl XLVI. Off the field, he is a married man and a father of three sons and one daughter. 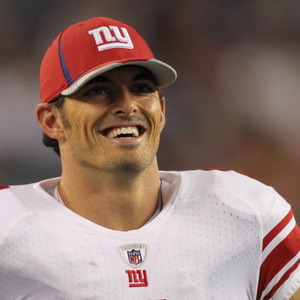