David Bakhtiari net worth: David Bakhtiari is an American professional football player who has a net worth of $18 million. David Bakhtiari was born in San Mateo, California in September 1991. He is an offensive tackle who played at Junipero Serra High School. Bakhtiari played his college football at Colorado where he was named Second Team All-Pac-12 in 2011 and 2012.

He was drafted #109 in the 2013 NFL Draft by the Green Bay Packers and has played his entire career for the Packers. Bakhtiari signed a contract extension with Green Bay in 2016. He was responsible for getting a group of Packers players to appear in the movie Pitch Perfect 2 by contacting director Elizabeth Banks on Twitter. 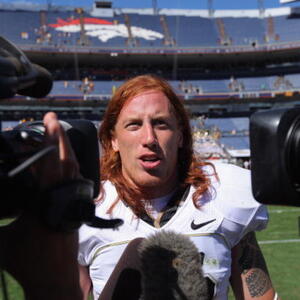