Davante Adams net worth and salary: Davante Adams is an American professional football player who has a net worth of $25 million. Davante Adams was born in Redwood City, California in December 1992. He is a wide receiver who played at Palo Alto High School. Adams played his college football at Fresno State where he was named the MWC Freshman of the Year in 2012.

In 2013 he was named first-team All-MWC and a second-team All-American and won the Paul Warfield Trophy. Davante Adams was drafted #53 overall in the 2014 NFL Draft by the Green Bay Packers. He has played his entire career for the Packers through the 2018 season. In 2017 he was selected to the Pro Bowl. In 2017 he signed a four year deal worth $58 million with the Green Bay Packers. During his first four NFL seasons Adams had 26 touchdowns, 2,811 yards, and 237 receptions. He also had four touchdowns in his first three postseasons. Between June 2017 and June 2018, Davante Adams earned $25 million between salary and endorsements. That made him one of the highest paid athletes on the planet. 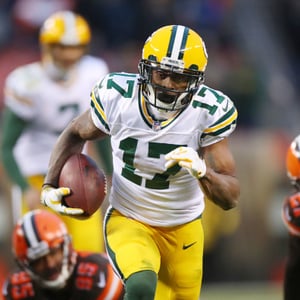