Daunte Culpepper Net Worth and salary: Daunte Culpepper is a retired American professional football quarterback who has a net worth of $500 thousand dollars. Daunte Culpepper was born on January 28, 1977 in Ocala, Florida where he was adopted when he was a day old and raised as one of more than 15 children of the late Emma Lewis Culpepper. He attended Vanguard High School where he played football, basketball, and baseball. After his senior season in 1994, he was named Mr. Football in the state of Florida. Culpepper was drafted in the 26th round (730th overall) by the New York Yankees in the 1995 Major League Baseball Draft but did not sign and chose to attend college at the University of Central Florida. While at UCF, he broke virtually all of the school's quarterback records, approximately 30 in all. Daunte Culpepper was drafted with the 11th overall pick in the first round of the 1999 NFL Draft by the Minnesota Vikings. A three-time Pro Bowl selection with the Vikings, Culpepper had a historic 2004 season in which he set a single-season record, since broken, for the most total yardage produced by a quarterback in NFL history (5,123). However, Culpepper suffered a serious knee injury the following season that ended his Vikings career. Since then, he played sparingly in the NFL for the Miami Dolphins, Oakland Raiders, and Detroit Lions. Culpepper ranks 14th all-time in NFL career passer rating (87.8) and holds the seventh best single-season passer rating from his 2004 season (110.9). 2009. He last played for the Sacramento Mountain Lions of the United Football League (UFL). 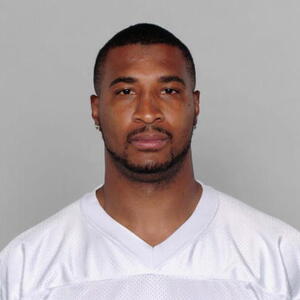