Daryl Johnston net worth: Daryl Johnston is an American broadcaster and former NFL fullback who has a net worth of $3 million. Daryl Johnston was born in Youngstown, New York on February 10, 1966, and was named Western New York's Player of the Year in 1983, while playing for Lewiston-Porter High School. He helped his team win the 1984 championship before attending Syracuse. While there, he earned All-Big East honors in 1987 and was an All-American in 1988. He finished his collegiate career with 1,830 rushing yards and 46 catches for 460 more yards receiving. His strong play made him the 39th pick of the 1989 NFL Draft, joining the Dallas Cowboys. Receiving the nickname "Moose" because of his large stature, Johnston soon became a fan favorite, playing in 149 consecutive games and contributing on special teams. He played 10 seasons in the NFL, all with the Cowboys, and finished his career with 232 rushes for 753 yards and 294 catches for 2,227 yards. While his playing days were cut short early due to a neck injury, he was still a member of three Super Bowl winning teams. Today, Johnston is best known as a broadcaster on The NFL on Fox, calling games with Kenny Albert and Tony "Goose" Siragusa. 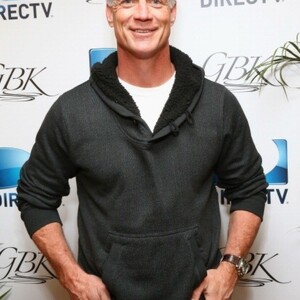