Darrius Heyward-Bey net worth and salary: Darrius Heyward-Bey is an American professional football player who has a net worth of $20 million. Darrius Heyward-Bey has earned his net worth as wide receiver in the National football League. Darrius was drafted by the Raiders seventh overall in the 2009 NFL Draft, he played college football at Maryland. Although he was recruited by Alabama, Boston College, Michigan State, Pittsburgh and Virginia, Darrius chose to attend Maryland. In 2007, Heyward-Bey was placed on the Biletnikoff Award watch list; he led Maryland in receptions, with 51, and 786 in receiving yards. His 63-yard touchdown during the 2007 Emerald Bowl stands as the second-longest in Maryland bowl history the game against Oregon State. He made 42 catches for 609 yards and five touchdowns, during his junior season in 2008, and earned an All-ACC honorable mention. On January 7, 2009, Heyward-Bey announced that he would forgo his senior season to enter the NFL Draft. He finished his career at Maryland second in school history in career receiving yards with 2,089, third in receptions with 138 and tied for third in touchdown catches with 13. In just three years, he was second only to Jermaine Lewis in receiving yards. He was born in Silver Springs, Maryland on February 26 1987, and attended the McDonogh School in Owings Mills, Maryland, where he played both positions of wide receiver and linebacker. He earned first-team all-state honors and was also named a Prep Star All-American during his senior year. As a member of the track and field team Darrius finished fifth at nationals as a junior and was the Maryland Interscholastic Athlete Association (MIAA) champion in the 100- and 200-meter dashes. During Organized Team Activities following the draft, Heyward-Bey suffered multiple hamstring injuries but practiced early. On July 30, 2009, the Oakland Raiders agreed to terms on a five-year deal with Heyward-Bey. In 2016, Darrius signed a three-year deal with the Pittsburgh Steelers. 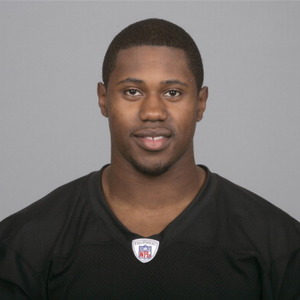