Darren Sharper net worth: Darren Sharper is an American former professional football player who has a net worth of $8 million. Darren Sharper was born in Richmond, Virginia, and went on to attend the College of William and Mary. He played quarterback throughout his high school career, but was convinced to change to defensive back while in college. The shift in position proved to be a great idea and he went on to be a two-time All-America selection and a three time All-Conference selection. He also set multiple school records. The Green Bay Packers drafted him in 1997, and he played for the team through 2004. While with the Packers, he was a two-time Pro-Bowl selection and a two-time All-Pro selection. He then signed with the Minnesota Vikings where he continued to play excellent football. He was a two-time Pro-Bowl and two-time All-Pro selection while with the Vikings, as well. In 2009, he signed with the New Orleans Saints, and again earned All-Pro and Pro-Bowl honors. The Saints also won Super Bowl XLIV. He retired in 2010 after a severe knee injury. In January 2014, Darren Sharper was arrested in Los Angeles on suspicion of rape. He was booked in County jail and released on $200,000 dollars bond. He eventually pleaded guilty and on August 17, 2016, Dareen Sharper was sentenced to 18 years in federal prison. During his career, Darren earned roughly $26 million in salary before taxes. 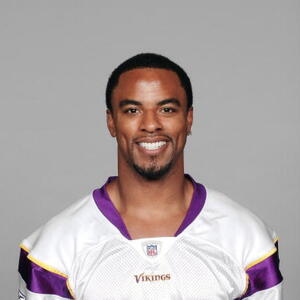