Darren McFadden Net Worth: Darren McFadden is a retired American professional football player who has a net worth of $20 million dollars. Born in North Little Rock, Arkansas, in 1987, Darren McFadden was a top prospect at the running back position in high school and decided to play for the University of Arkansas.

McFadden won SEC Offensive Player of the Year honors twice. He became the first sophomore to win the Doak Walker Award, which is given to the country's best running back, and won twice. He also earned the 2006 Jim Brown Trophy, awarded to the top running back in the NCAA, and the 2007 Walter Camp Award, given to the best player in the nation. He was twice given consensus All-American honors. McFadden was a two-time runner up for the Heisman Trophy Award in 2006 and 2007, losing to Ohio State quarterback Troy Smith and Florida quarterback Tim Tebow. The Oakland Raiders chose McFadden with the fourth pick of the 2008 NFL Draft. He was with the Oakland Raiders from 2008 to 2014 and then the Dallas Cowboys from 2015 to 2017. During his career he rushed for 5,421 yards and 28 touchdowns, along with 2,114 receiving yards and five receiving touchdowns. In 2012, he came in at number 60 on a list of the best 100 NFL players of the year. During his career Darren McFadden earned $50 million in salary alone. 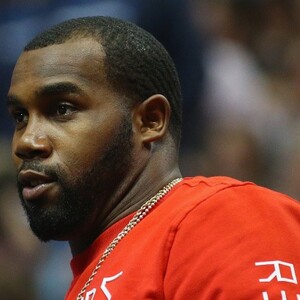