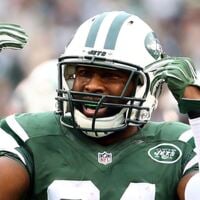 What is Darrelle Revis's Net Worth?

Darrelle Revis is a former American professional football player who has a net worth of $70 million. Darrelle Revis is considered one of the best cornerbacks of all time. After playing college football at the University of Pittsburgh, Darrelle made a name for himself with the New York Jets. He earned the nickname "Revis Island" due to his imposing presence on the field. He wob a Super Bowl title with the Patriots in 2014. Darrelle Revis retired from the NFL in 2020 after finishing his career with the Kansas City Chiefs.

Darrelle Revis was born on July 14th of 1985 in Aliquippa, Pennsylvania. Revis quickly became a star athlete for his high school team while also performing well for the school's basketball team and track & field team. After graduating, Darrelle attended the University of Pittsburgh and played for the Panthers. During this period, Revis proved his potential and began to attract attention from NFL teams. In 2007, he earned the Best College Football Play of the Year Award after a 73-yard punt return.

Deciding to skip his senior year at college, Revis became eligible for the 2007 NFL Draft. Already considered one of the top three cornerbacks available for the draft, Revis was quickly snapped up by the New York Jets. An extremely long negotiation process followed, and Darrelle's own mother had to be flown in to speed up the process. In the end, Revis and the Jets were left with a 47-page, five-year contract.

Darrelle then made his preseason debut and performed well. Soon afterward, he was put on the starting lineup for the Jets, becoming the first rookie cornerback to claim a starting position since 1996. His first game of the regular season came against the New England Patriots, during which he made a number of important tackles. Throughout the season, Revis continued to show significant improvement before finishing the year with 87 tackles, one sack, and three interceptions.

Throughout 2008, Darrelle continued to perform well and made a number of key interceptions. Many commentators and pundits praised his style of play. Although Revis was playing extremely well, the Jets' pass defense struggled. By the end of the season, they were ranked 29th overall in terms of pass defense. In addition, teams would intentionally avoid Revis' side of the field, targeting rookie cornerback Dwight Lowery instead. Despite these shortcomings, Darrelle was elected to the Pro Bowl in 2009. By the 2009 season, Darrelle had cemented his reputation as the NFL's most impressive lockdown cornerback. That year, he helped the Jets prevent the Patriots from scoring a touchdown – the first time anyone had managed this since 2006. At the end of 2009, Revis lost the Defensive Player of the Year award to Charles Woodson. 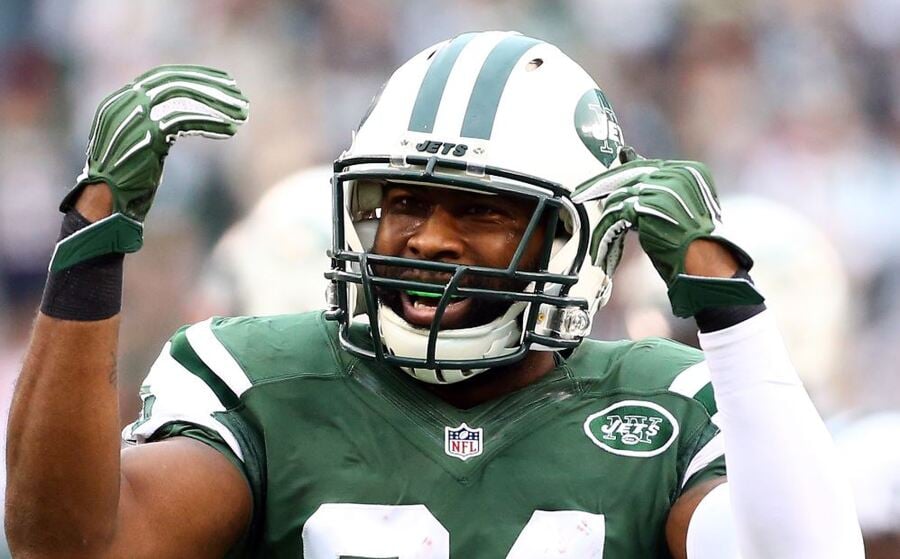 After signing a new contract, Darrelle suffered a hamstring injury during the second week of the 2010 season and missed the next two weeks. Unfortunately, this injury would continue to trouble him throughout the rest of the season before receiving rehab treatment. Although he didn't record any interceptions that season, 2012 was much more productive for Revis in that regard. Despite solid performances by the Jets, the team was reportedly suffering from issues in the locker room towards the end of the season.

In 2012, Revis once again hinted that he was thinking about leaving the Jets, and he suffered a mild concussion and a knee injury that put him out for the rest of the season. In 2013, he was traded to the Tampa Bay Buccaneers. Despite signing a massive contract with his new team, Darrelle didn't really fit in with this new team. He was then released after several failed trades, which allowed Revis to sign with the Patriots almost immediately afterward. Darrelle would spend just one season with the Patriots before signing with the Jets once again in 2015. However, Darrelle won the Super Bowl during his time with the Patriots. He spent two seasons with his old team before finishing his career with the Kansas City Chiefs. After playing just six games for the Chiefs, Darrelle retired in 2018.

During his NFL career, Darrelle earned around $125 million in salary alone.

After signing with the Jets back in 2007, Revis signed a $36-million contract. In 2010, he didn't attend preseason training for months because he was holding out for a new contract. In September, he reached an agreement with the Jets that gave him a four-year, $32-million contract. He then attended training camp just one day before the season opener. After signing with the Buccaneers, Revis signed one the most lucrative contracts in the NFL at that time, a 6-year, $96-million deal. This made him the highest-paid defensive back in NFL history. After returning to the Jets in 2015, Revis signed a five-year, $39-million deal.

Revis is reportedly an investor in a number of different assets. These include real estate properties, fine art, and financial assets.

During his time in the NFL Darrelle supplemented his football income with a number of brand endorsements over the years. In 2012, he released his own Nike shoe called the Nike Zoom Revis.