Darius Slay net worth, salary and contract: Darius Slay is an American professional football player who has a net worth of $25 million He is best known for being a cornerback for the Lions and Eagles.

Darius Slay was born in Brunswick, Georgia in January 1991. He is a cornerback who played at Brunswick High School. Slay played his college football for Mississippi State and was second-team All-SEC in 2012. He was drafted #36 overall by the Detroit Lions in the 2013 NFL Draft. Slay played for the Detroit Lions from 2013 to 2019 before joining the Philadelphia Eagles in 2020. He was a first-team All-Pro and the NFL Interceptions co-leader in 2017. Darius Slay was selected to the Pro Bowl in 2017, 2018, and 2019. In 2013 he signed a four year deal with the Lions for $5.28 million. Slay signed another four year deal in 2016 for $48.15 million. In 2020 he signed with the Eagles for $50 million for three years. 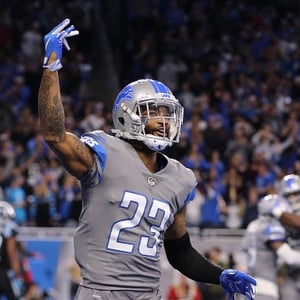