What is Dan Marino's Net Worth, Career Earnings and Salary?

Dan Marino is a retired American football player who has a net worth of $50 million. After a 17-season career in the NFL, Marino became a record-breaking quarterback. Even though he never won the Super Bowl, he is widely considered to be one of the greatest quarterbacks of all time. Dan was a valuable part of the Miami Dolphins team, and he won honors such as NFL Rookie of the Year and NFL Most Valuable Player. After he retired before the 2000 season, Dan Marino was inducted into the Pro Football Hall of Fame in 2005. Outside of football, Marino is famous for appearing in a range of television and film projects. He has also been closely involved in philanthropic pursuits over the years.

When he joined the Dolphins in 1983, he signed a four-year $2.1 million contract. In his final season he was earning $6 million per season. During his NFL career, Dan earned $51.5 million in total salary. He has also earned tens of millions from endorsements which have continued well after retirement.

According to a New York Times profile of Marino in 2002, at that point Dan had a net worth of $45 million, with roughly $23 million in liquid assets, $15 million in real estate and several million dollars made in private investments including a bank, office buildings and a golf course. Unfortunately some of those real estate assets and private investments would eventually turn belly up, as we detail later in this article.

At that point he was earning $2 million per year as a co-host of "Inside the NFL" and $1 million from endorsements with companies like AutoNation and Nabsico.

Daniel Constantine Marino Jr. was born on September 15th of 1961 in Pittsburgh, Pennsylvania. Raised alongside two sisters in a family with Italian and Polish ancestry, Dan attended Catholic schools as a child. He was initially skilled in both baseball and football during his high school days.

After graduating from high school, Dan attended the University of Pittsburgh and played with the Panthers from 1979 to 1982. During this period, the Panthers gained a number-one ranking in the nation and benefited from a talented squad – many of which would later become successful in the NFL. Unfortunately, Dan's form dipped during his senior year – right before he entered the NFL draft.

In 1983, Marino was drafted by the Miami Dolphins as the 27th overall pick in the first round. During his rookie season, Dan set several new records. By his second season, he had broken even more records – many of which still stand in 2020. Despite reaching the Superbowl in 1984, the Dolphins lost against the 49ers.

During this middle of his career, Dan continued to play at a staggeringly high level of performance. In 1992, he led the league in passing yards. He continued to lead the Dolphins to further Superbowls, and in 1996 he became the first quarterback in NFL history to throw for 50,000 career passing yards. By 1999, he had thrown for 60,000 passing yards. His career would end one year later, and his final win was against the Seattle Seahawks.

In 1985, Dan Marino married Claire D. Veazey. Over the course of their relationship, they have had six children together. In 2013, Dan admitted that he had an affair with a CBS employee back in 2005. As a result of this affair, Marino fathered a seventh child. He reportedly paid this CBS employee millions of dollars to keep their affair quiet in an effort to maintain his reputation.

Marino became involved in a number of business ventures even before retiring. In 1997, he took on a marketing role at Team Cheever of the Indy Racing League. He then co-owned a NASCAR team with driver Bill Elliott at the wheel. In 1992, he established the Dan Marino Foundation, a philanthropic organization that has raised and distributed over $22 million for research and treatment of neurological diseases. 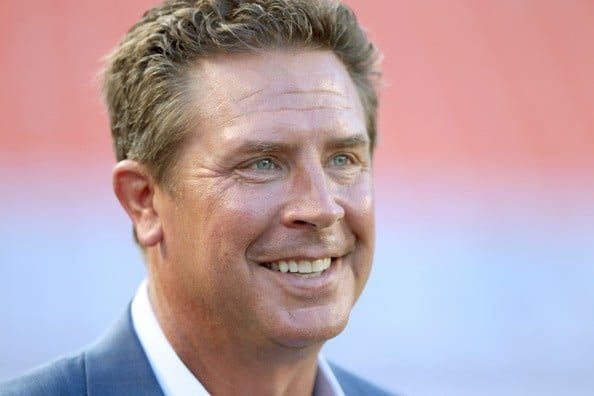 In 2012, it was reported that Dan Marino had lost a sum of $13.6 million after a company called Digital Domain Media Group Inc. went bankrupt. However, the exact extent of his losses was difficult to determine. Those close to Dan stated that they had no idea how much the former quarterback had actually invested in the doomed company.

One report stated that at one point, Dan's shares in the company were worth $14.5 million. After the value of each share dropped to 55 cents, many observers did the math and came to the conclusion that Marino had lost $13.6 million. Digital Domain Media Group caused quite a stir after creating a hologram of Tupac at the Coachella Music Festival.

In 2008, Marino was hit hard by the crashing real estate market, and he accepted a $600,000 loss when he sold a 9,250-square-foot home in Parkland. He and his wife had originally purchased the home in 2005 for $2.95 million. In 2009, it was reported that Dan was having trouble selling his home in Weston, Florida. In a bid to "sweeten the deal," Marino decked the house out with over $1.5 million worth of designer furniture and added it to the deal.

He and his wife Claire had originally listed the home for $15.9 million in 2006 before cutting the price down to $13.5 million. No buyers seemed interested in the 15,000-square-foot Tuscan home, which features 10 bedrooms, a pool, a 5,000-bottle wine cellar, and an outdoor pond with real bass swimming inside. The home is also situated on a peninsula with a 4.3-acre lot.

In 2011, it was announced that Dan had finally succeeded in selling his home – but for an insanely-reduced price of $7.2 million. Although he received less than half of what he originally listed the home for, Marino still made a profit. This is because he purchased the home way back in 1995 for $2.15 million. Marino and his wife presumably didn't leave Weston, as they have another condo in the area that they have owned for some time.

In 2015, Dan and his wife bought another condo on Fort Lauderdale beach. Although the price was never revealed, units at the luxurious "Auberge Beach Residences & Spa" building start at a cool $1.8 million. Dan incurred another notable loss in 2018 when he sold a townhouse in Weston for $90,000 less than what he had originally purchased it for. 11 years prior, Marino had purchased the condo for $655,000.

Reports show that in the six years prior to Marino's initial purchase of this condo, the property had doubled in value. Unfortunately, the same pattern did not play out after Dan took ownership, and he was forced to accept a sum of $565,000 for the property 11 years later. 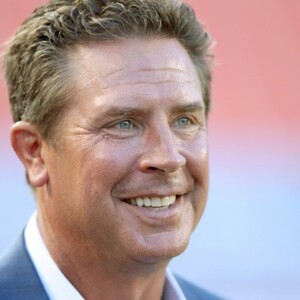