Dan Fouts Net Worth: Dan Fouts is an American sports analyst and retired professional football quarterback who has a net worth of $10 million. Dan Fouts was born in San Francisco, California in June 1951. He played high school football at Marin Catholic High School and St. Ignatius College Preparatory.

Fouts then played for the University of Oregon and set 19 school records. Fouts was inducted into the University of Oregon Hall of Fame in 1992. He was drafted by the San Diego Chargers in the third round in 1973. Fouts played his entire NFL career for the Chargers. He was elected to the Pro-Bowl six times and was the Pro-Bowl Co-MVP in 1982. He was a two time First-team All-Pro as well as a two time Second-team All-Pro. Fouts was named the NFL MVP in 1982 and was also the NFL Offensive Player of the Year. He was named UPI AFC Player of the Year in 1979 and 1982. From 1979 to 1982 he led the NFL in passing yards and was the first NFL player to throw for 4,000 yards in three consecutive seasons. Fouts had his #14 retired by the San Diego Chargers and he was inducted into the San Diego Chargers Hall of Fame. He has been named to the NFL 1980s All-Decade Team and San Diego Chargers 40th and 50th Anniversary Teams. Fouts was inducted into the Pro Football Hall of Fame in 1993. He worked as an analyst for the NFL on CBS from 1988 to 1993. He worked on Monday Night Football and became a sports anchor in San Francisco. Fouts returned to CBS in 2008 and has been paired with Dick Enberg and Ian Eagle. 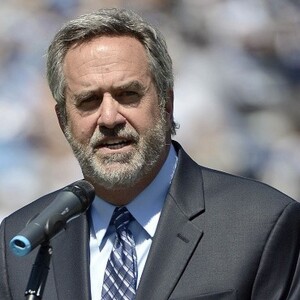