How much is Dan Connolly Worth?

Dan Connolly net worth and salary: Dan Connolly is an American professional football player who has a net worth of $4 million. Dan Connolly was born in St. Louis, Missouri in September 1982. Connolly is a guard and center who was three-time All-District and three-time All-Conference at Marquette High School. He played his college football at Southeast Missouri State University where he was named four-time Second-team All Ohio Valley Conference. Connolly was not drafted but signed with the NFL's Jacksonville Jaguars as a free agent in 2005. He was waived in 2007 and signed by the New England Patriots. Connolly was signed to the practice squad and then waived before being re-signed and promoted to the active roster. He set a record for the longest kickoff return in NFL history by an offensive lineman in 2010 and was named AFC Special teams Player of the Week. In 2014 Connolly was named as one of the Patriots' six team captains. In 2010 he won the Madden Most Valuable Protectors Award and Connolly has won three AFC Championships with New England. 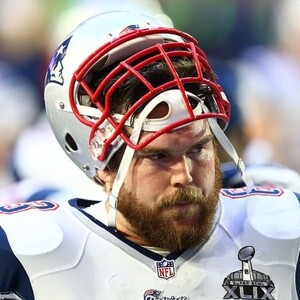