Damien Woody Net Worth: Damien Woody is an American retired professional football player who has a net worth of $12 million. Born in Beaverdam, Virginia, in 1977, Damien Woody played college football at Boston College. The New England Patriots selected Woody with the 17th overall pick of the first round in the 1999 NFL Draft.

He played with the Pats from 1999 until 2003. Woody was named to one Pro Bowl while with the Patriots and was part of two Super Bowl championship teams. He was forced to sit out of Super Bowl XXXVIII, but did play during Super Bowl XXXVI. Woody signed a free agent contract with the Detroit Lions prior to the start of the 2004 season. He played for two seasons before he was sidelined with an injury in 2006. Before the start of the 2008 season, Woody signed a five-year, $25 million contract with the New York Jets. He injured himself during the Jets' playoff appearance at the end of the 2010 season and was released in early 2011. The offensive lineman retired soon after and took a job as an ESPN analyst. Three years later, he became a contestant on the NBC reality show "The Biggest Loser: Glory Days", which premiered in the fall of 2014. Woody has six children with his wife, Nicole. 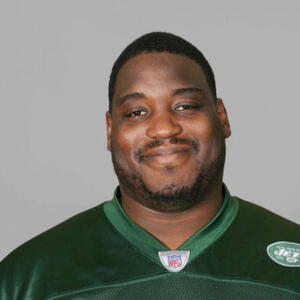