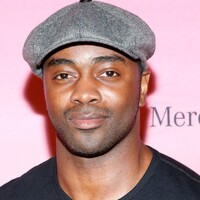 Curtis Martin Net Worth: Curtis Martin is a former American professional football player who has a net worth of $6 million dollars. Born in Pittsburgh, Pennsylvania on May 1, 1973, Curtis Martin is best known for playing as a running back in the National Football League. He was the Round 3, 74th pick in the 1995 NFL Draft and made his professional debut with the New England Patriots later that year. He played for the Patriots from 1995 to 1997 and ended his playing career with the New York Jets from 1998 to 2005. Martin is a five-time Pro Bowl player for the years 1995, 1996, 1998, 2001, and 2004, as well as he made the AP First-Team All-Pro in 2004 and is a two-time AP Second-Team All-Pro player for the years 1999 and 2001. He was the 1995 NFL/AFC Rookie of the Year, the 1995 NFL Offensive Rookie of the Year, and played in the Super Bowl in 1996. Also, he is a two-time AFC Rushing Leader and led the NFL in rushing yards in 2004 with 1,697 yards. Known as the fourth leading rusher of all time, he was inducted into the Pro Football Hall of Fame in 2012. His career statistics include a total of 14,101 rushing yards, an average of 4.0, and a total of ninety touchdowns. He is currently married to his wife, Carolina Williams, and has one child, Ava.