Curtis Conway net worth: Curtis Conway is an American former professional football player who has a net worth of $10 million. That is a combined net worth with his wife, Laila Ali. Curtis Conway was born in Los Angeles, California in January 1971. He was a wide receiver who played at Hawthorne High School and played his college football at USC where he was a first team All-American in 1992.

Conway was drafted #7 overall by the Chicago Bears in the 1993 NFL Draft. He played for the Bears from 1993 to 1999. Curtis Conway played for the San Diego Chargers from 2000 to 2002, the New York Jets in 2003, and the San Francisco 49ers in 2004. During his NFL career he had 594 receptions for 8,230 yards and 52 receiving touchdowns. He has worked as an analyst for NFL radio broadcasts, the NFL Network, the Pac-12 Network, and the San Diego Chargers. In 2007 he married Laila Ali and the couple has two children. 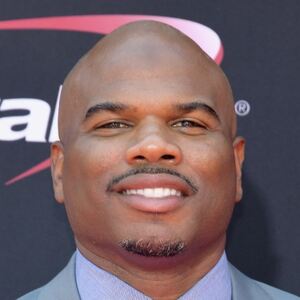