Cortland Finnegan net worth: Cortland Finnegan is an American professional football player who has a net worth of $20 million. Cortland Finnegan was born in Fayetteville, North Carolina in February 1984. He is cornerback who was All-State at Milton High School. Finnegan played his college football at Samford where he was named Ohio Valley Conference Defensive Player of the Year and first-team All-OVC. Finnegan was drafted #215 by the Tennessee Titans in the 2006 NFL Draft. He played for the Titans from 2006 to 2011 and then for the St. Louis rams from 2012 to 2013. Finnegan played for the Miami Dolphins in 2014 and has played for the Carolina Panthers since 2015. He was selected to the Pro Bowl and named a First-team All-Pro in 2008. Finnegan was selected as a Pro Football Focus All-Pro in 2011 and won the NFC Championship with Carolina in 2015. In 2012 he signed a five year deal with St. Louis for $50 million with $27 million guaranteed. He announced his retirement from the NFL in March 2015 but came out of retirement in November 2015.

During his NFL career, Cortland Finnegan earned a bit more than $46 million in salary alone. 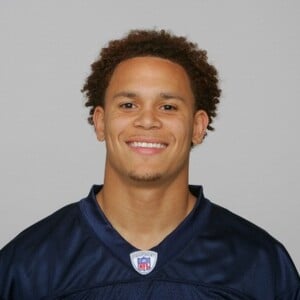