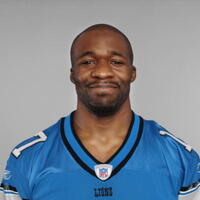 Corey Bradford net worth: Corey Bradford is an American former professional football player who has a net worth of $4 million. Corey Bradford was born in Baton Rouge, Louisiana in December 1975. He was a wide receiver who played at Clinton High School. Bradford played his college football at Jackson State where he was named Southwestern Athletic Conference Newcomer of the Year. He was drafted #150 overall in the 1998 NFL Draft by the Green Bay Packers. Corey Bradford played for the Packers from 1998 to 2001. He also played for the Houston Texans from 2002 to 2005 and for the Detroit Lions in 2006. During his NFL career Bradford had 215 receptions for 3,346 receiving yards and 25 total touchdowns. In high school he was a four-year letter winner in football, track and field, and basketball and won All-State honors as a defensive back. Bradford also played at Hinds Community College.