Colton Underwood net worth: Colton Underwood is an American professional football player who has a net worth of $1 million. Colton Underwood was born in Indianapolis, Indiana on January 26 1992. He is a tight end who played at Washington Community High School and played his college football at Illinois State. Underwood went undrafted in 2014 but signed as a free agent with the San Diego Chargers in 2014 before being released. He then signed with the Philadelphia Eagles on their practice squad but was released. Underwood signed to the San Diego Chargers practice squad in 2014 but was waived in 2015. He signed to the Oakland Raiders practice squad in 2015 but was released in 2016. Underwood owns the restaurant 4th & Goal Grill in Washington, Illinois. He became well known for dating Olympic gold medalist Aly Raisman. Colton is reportedly a virgin and plans to lose his virginity to his wife. He was a contestant on the 14th season of The Bachelorette then appeared on Bachelor in Paradise. On September 4, 2018 Colton was announced as star of the 23rd season of The Bachelor. 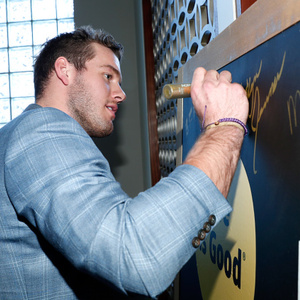