Cole Beasley net worth: Cole Beasley is an American professional football player who has a net worth of $14 million. He is best known for being a wide receiver and his time with the Dallas Cowboys.

Cole Beasley was born in Houston, Texas in April 1989. He played at Little Elm High School. Beasley played his college football for Southern Methodist where he was named second team All-C-USA in 2010. He went undrafted in 2012 but signed with the Dallas Cowboys in 2012. Cole Beasley played for the Cowboys through 2018 and then joined the Buffalo Bills in 2019. In 2015 he signed a four year deal with the Dallas Cowboys for $13.6 million. Beasley signed a four year contract with the Buffalo Bills in 2019 for $29 million. As a singer he released his debut album The Autobiography in 2018. During his first eight NFL seasons Beasley had 386 receptions for 4,049 yards and 29 touchdowns. 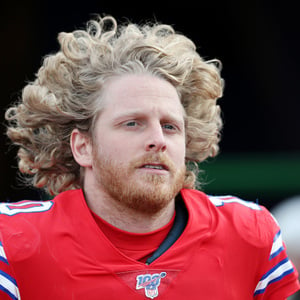