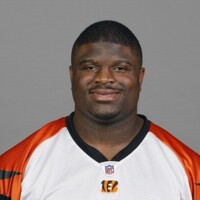 Clinton McDonald net worth and salary: Clinton McDonald is an American football player who has a net worth of $12 Million. He currently plays defensive tackle for the Tampa Bay Buccaneers. Clinton McDonald was born on January 6, 1987 in Jacksonville, Arkansas. He played at Jacksonville High School, and was selected to the 5-A All-State team his senior year. He committed to Memphis and appeared in all 12 games his freshman season in 2005, mostly on special teams. In 2006, he started in 10 out of his 12 appearances, and finished the year with 41 tackles and a blocked kick. During his junior year, McDonald was selected as a permanent captain, and was an honorable mention All-Conference USA pick. In 2008, he tied a school record with four sacks in a game against Arizona State. He was selected to the 2008 All-Conference USA First Team and received one of the Glenn Jones Awards at the 2008 Blue-Gray Game. He also started for the East Team in the 2009 East-West Shrine Game. Clinton McDonald was selected by the Cincinnati Bengals with the 249th pick (7th round) of the 2009 NFL Draft. He remained on the practice squad all season during his rookie season, and appeared in eight games in 2010, registering four tackles. In August 2011, McDonald was traded to the Seahawks for Kelly Jennings. In 2011, McDonald appeared in 15 games. During the 2012 season, he played in 14 games, recording 25 tackles. McDonald tallied his first NFL interception in a 2013 game against the Minnesota Vikings. Clinton was traded to the Tampa Bay Buccaneers in 2014.