What is Clay Matthews' Net Worth, Salary and Career Earnings?

Clay Matthews is an American professional football player who has a net worth of $50 million. Casey played played most of his career with the Green Bay Packers. He also played two seasons with the Los Angeles Rams. The all-time sack leader for the Packers, he also helped lead the team to a Super Bowl title in 2011. Among his other career achievements, Matthews is a multiple-time Pro Bowl and All-Pro selection.

Clay Matthews was born as William Clay Matthews III on May 14, 1986 in Los Angeles, California to Clay Jr. and Leslie. He comes from a prolific football-playing family. His father was an NFL linebacker for the Cleveland Browns and Atlanta Falcons, while his grandfather played as tackle for the San Francisco 49ers. Meanwhile, his uncle Bruce played multiple positions for the Houston / Tennessee Oilers. Matthews' younger brother, Casey, played as a linebacker for the Philadelphia Eagles and Minnesota Vikings, while his two older brothers, Kyle and Brian, played college football at USC before getting involved in real estate. Matthews also has a sister named Jennifer who has appeared as a commentator on the NFL Network.

As a teen, Matthews went to Agoura High School. There, he played on the school football team, for which his father served as the defensive coordinator. Because he was a late bloomer, Matthews only attracted attention from Division I FCS schools and community colleges during his senior year.

For college, Matthews chose to attend the University of Southern California with the aim of becoming a walk-on for the football team. In his first season at USC, he only played on the scout team; for his second season, he was a walk-on reserve linebacker. Matthews was finally given full athletic scholarship status for his third year in 2006. He continued to serve as a reserve linebacker through 2007.

After an offseason of extensive training and conditioning, Matthews returned for the 2008 season in the best shape of his collegiate career. He was subsequently placed in a unique hybrid position with the Trojans, wherein he would take the position of a defensive end while using the strategies of a linebacker. This paid off significantly, as Matthews posted 4.5 sacks and was named USC's Co-Special Teams Player of the Year for his third straight year. 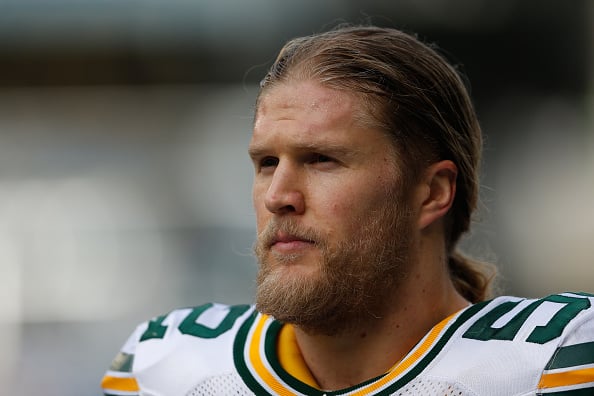 In the 2009 NFL Draft, Matthews was chosen with the 26th overall pick by the Green Bay Packers. He went on to score his first career touchdown in an October game against the Minnesota Vikings. Later, in Week 13, he had one of the best games of his career thus far when he posted six tackles and two sacks in a victory over the Baltimore Ravens, and was named NFC Defensive Player of the Week. Matthews finished his successful rookie season with 51 tackles and 10 sacks, good enough for NFC Defensive Rookie of the Year honors. He had an even stronger season in 2010, finishing with 60 tackles and 13.5 sacks to go with NFC Defensive Player of the Year honors and the Butkus Award. Moreover, Matthews helped lead the Packers to Super Bowl XLV, which the team won 31-25 against the Pittsburgh Steelers.

In his third season with the Packers, Matthews finished with 50 tackles and a career-low six sacks. However, he also posted a career-high three interceptions and nine pass deflections, and notched his third career defensive touchdown. Matthews began the 2012 season strong, posting 2.5 sacks alone in the season opener, followed by 3.5 sacks in the following game. He concluded the season with 43 tackles and 13 sacks. The 2013 season was a weaker one for Matthews, as he played in only 11 games due to injury and finished with totals of 41 tackles and 7.5 sacks.

During the 2014 season, for the first time in his career in the NFL, Matthews started every regular-season game. Although he began the season with some struggles, he came back strong to record 8.5 sacks in the last eight games. He finished the season with 11 sacks. In the 2015 season, Matthews helped lead the Packers to the NFC Divisional Round playoff game, which the team ultimately lost to the Arizona Cardinals. The following season was less successful, as Matthews recorded career lows in both tackles and sacks, with 24 and five, respectively. However, in 2017, he reached a milestone by becoming the all-time sack leader for the Packers.

Before the start of the 2018 season, Matthews suffered a broken nose when a line-drive ball hit him during the Green & Gold Charity Softball Game. He went on to have a disappointing season with the Packers, during which he received three penalties for roughing the passer. After the end of the season, Matthews became a free agent.

Matthews signed a two-year deal with the Los Angeles Rams in 2019. In his debut in Week 1, he posted three tackles and a sack in a victory over the Carolina Panthers. Further wins followed against the New Orleans Saints and the Cleveland Browns. However, the Packers fell to the Seattle Seahawks in Week 5, and Matthews was forced to miss three games due to a broken jaw. He was eventually released by the Rams during the 2020 offseason.

In 2013 Clay Matthews became the highest-paid linebacker in NFL history after he signed a five year deal worth $66 million. During his career he earned a total of $80 million.

In 2015, Clay and Casey (the wife, not the brother) paid $2.6 million for an undeveloped plot of land in Calabasas, California. They proceeded to spend millions of dollars custom building a 14,000 square-foot mansion. At some point in 2021, just after the home was completed, Clay and Casey decided they no longer wanted to live in California so in July 2021 they put the home up for sale for $29.995 million. By May 2022 they had lowered the price by $4 million.

They also own a 200-acre plot of land in the Nashville suburbs, where they plan to construct a new mansion. 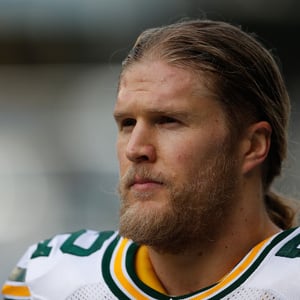