In 2015 he was the Pac-12 Offensive Player of the Year, a consensus All-American, the Heisman Trophy runner-up, the Associated Press Player of the Year, and won the Paul Hornung Award and the Jett Award. Christian McCaffrey was drafted #8 overall by the Carolina Panthers in the 2017 NFL Draft. In 2018 he was name second-team All-Pro and PFF Second Team All-Pro. In 2017 he signed a four year deal with the Panthers for $17.2 million with a $10.7 million signing bonus. During his first two NFL seasons McCaffrey had nine rushing touchdowns and 11 receiving touchdowns. 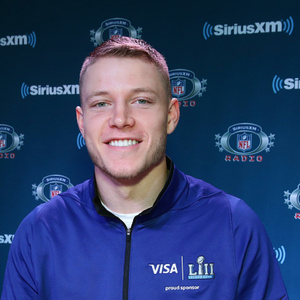