Chris Spielman Net Worth: Chris Spielman is a former American football player who has a net worth of $4 million. Born Charles Christopher Spielman on October 11, 1965, in Canton, Ohio, he currently serves as an analyst for ESPN's coverage of college football games. As a student at the Washington High School in Massillon, Ohio, he received his first accolade for his athletic skills, i.e., the Dial Award for the national high-school scholar-athlete of the year in 1983.

Five years later, he graduated from The Ohio State University with a degree in recreation education. There, Spielman became a two-time All-American, intercepted 11 passes, as well as he received the Lombardi Award as the best college football lineman or linebacker. After graduation, he was selected 29th in the 1988 NFL Draft, by the Detroit Lions. Spielman played eight seasons with the Lions (1988–95), after which he did some time with the Buffalo Bills and Cleveland Browns. His 11 year NFL career includes four Pro Bowl appearances, as well as a NFC Championship Game appearance with the Lions. Spielman retired from the sport in 1999, following his second neck injury. The same year he dived into broadcasting as an NFL studio-show analyst for Fox Sports Net. After two years with FSN, Spielman joined ESPN in 2001 and remained there ever since. In addition to the above, he coached the Columbus Destroyers, an Arena Football League team, in the 2005 season, thus compiling a 2-15 record. A father of four, Chris Spielman was main support to his wife, Stefanie Spielman, in her battle against cancer. Having survived four bouts with breast cancer, she lost her life on November 19, 2009, after the disease returned for the fifth time. Nowadays, the Spielman family resides in Upper Arlington, a suburb of Columbus, Ohio. 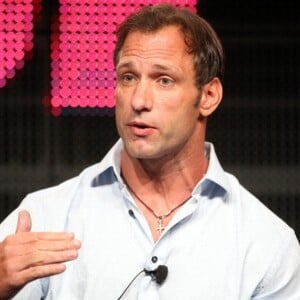