Chris McAlister Net Worth: Chris McAlister is a former American college and professional football player who has a net worth of -$100,000. Born Christopher James McAlister on June 14, 1977, in Pasadena, California, he played as cornerback in the National Football League (NFL) for eleven seasons. Initially, McAlister attended Mt. San Antonio College before being transferred to the University of Arizona where he played for the Arizona Wildcats football team from 1996 to 1998.

While at Arizona, he enjoyed an illustrious career becoming the first-team All-Pac-10 selection for 3 straight seasons and being recognized as an All-American. It was in 1999 that he was selected by the Baltimore Ravens tenth overall in the first round of the NFL Draft that year. After his solid rookie season (with 47 tackles (45 solo), 5 interceptions, and 16 passes deflected), McAlister made his NFL debut at the St. Louis Rams on September 12, 1999. Ever since, he had played for the Ravens for ten seasons before playing his final season with the New Orleans Saints. As a pro, he was a three-time Pro Bowl selection and earned one Super Bowl ring. McAlister finished his last 2009 season with 4 tackles and the forced fumble. Not only hasn't he played ever since, but also he has not had any income. Divorced with two daughters, McAlister was forced to move back in with his parents and required his child support payments to be lowered. 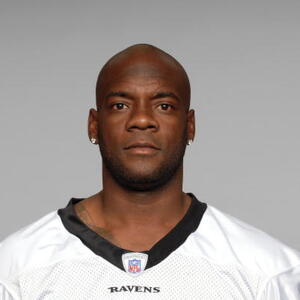